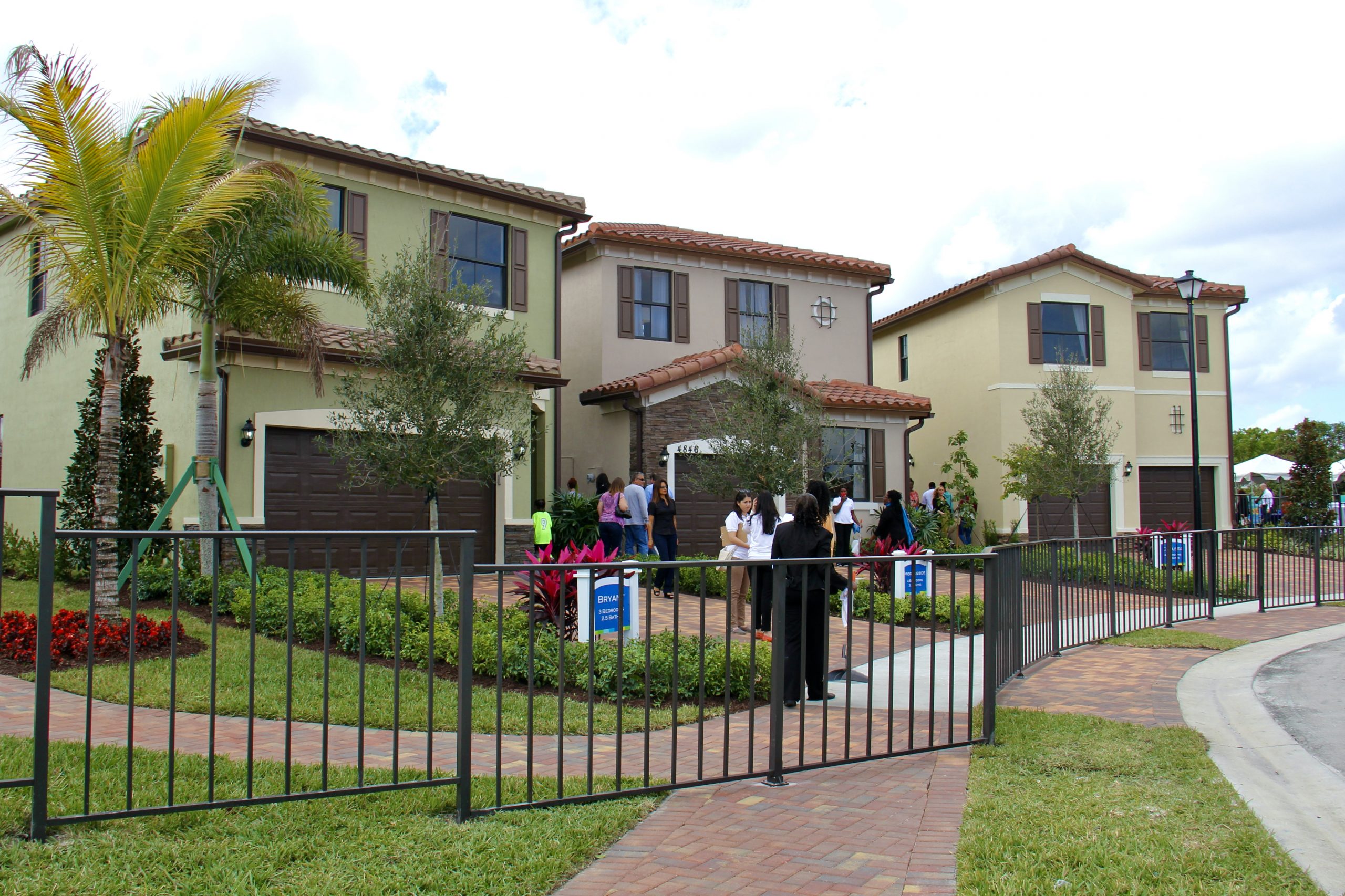 Prospective buyers on Saturday will get their first tours of the model homes at Central Parc in Tamarac.

Central Communities will unveil the three furnished models starting at 11 a.m. in the 253-home development at the northwest corner of Commercial Boulevard and Florida’s Turnpike. The 40-acre site used to be the Sabal Palm golf course.

Central’s selling point is affordability in a region where new construction increasingly is geared toward luxury buyers. Central Parc is targeting first-time buyers and young professionals.

“The attainable price point — that’s where there’s a real void in the market right now,” Michael Nunziata, Central’s division president, said Wednesday as he walked from model to model.

Even without models, the builder has sold about 80 homes in less than a year, with the first closing occurring last week, Nunziata said.

Jack McCabe, a Deerfield Beach housing consultant, said demand is strong for homes priced at $400,000 and below, but spiraling land costs are keeping many builders from addressing that segment of the market.

McCabe also said some developers are too optimistic that affluent buyers will continue to snap up luxury homes.

“Ninety percent of the folks who live in South Florida can’t afford 90 percent of the new construction,” he said. “But [Central Communities] is building based on the economics and demographics of the people who live here, and not on the theory that if you build it, they will come.”

Those homes will be bigger and more expensive than the ones at Central Parc, though the builder still will market to middle-income buyers, Nunziata said.

On Wednesday, work crews finished vacuuming carpets and making last-minute touch-ups to the models before a preview event for local real estate brokers.

Nunziata said he expects interest in the project to intensify now that models are open, even if today’s buyers will be paying more than those who bought in the last year.

“A lot of people say, ‘I don’t care if the prices are going up, I want to see what a home looks like first-hand before I actually make a purchase,'” he said.